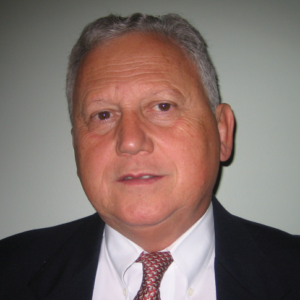 Frank is a senior partner in the firm of Carr, Swanson and Randolph LLC.  He is an experienced attorney, mediator, arbitrator, trainer, and Alternative Dispute Resolution (ADR) system design specialist. He holds B.A. and J.D. degrees from Duquesne University and an LL.M. from Georgetown University. Currently, he is a Senior Clinical Faculty member at The Conflict Resolution Center, Salisbury University, Maryland.  Also, he is on the roster of neutrals for the U.S. Institute for Environmental Conflict Resolution.  Internationally, he has worked in Panama, Brazil, Germany, Australia, Scotland, Hong Kong, Croatia, Serbia, Bulgaria, Kazakhstan, Nepal, Thailand, and Egypt.

In 2002, Frank retired from the U.S. Army Corps of Engineers as the Chief Trial Attorney (construction negotiations and litigation), Chief Labor Counselor (administrative grievance and Equal Employment Opportunity procedures), and Dispute Resolution Specialist (mediation, arbitration, and partnering). During his career he directed the agency ADR and Partnering programs, including training programs, guidance publications, and technical assistance.  In this capacity he initiated the first Federal agency ADR programs using partnering and mediation for the resolution of construction claims and appeals (1988) and mediation for workplace disputes (1996).  A highlight of his government career was his role as the lead negotiator (construction) for the United States in the transfer of the Panama Canal to the Republic of Panama in December 1999.

Additionally, Frank is an acknowledged pioneer within the Federal government for the use of ADR to resolve construction, employment, workplace, EEO, and environmental cases. He has facilitated other Federal and state agencies in ADR systems design and implementation to institutionalize ADR.  Further, he has worked as a member of the United States Court of Federal Claims Ad Hoc Committee on ADR to design and implement its court-annexed mediation program.  As a trainer, he has designed and taught numerous ADR and mediation courses both domestically and internationally.

During his government career, Frank received numerous awards including: the Department of Defense, Exceptional Civilian Service Award, the Department of the Army, Meritorious Civilian Service Award, and the Corps of Engineers Civilian of the Year Award.  In 2002, his Corps of Engineers ADR program was awarded the first OFPP Outstanding Federal Procurement ADR Award for a Large Agency.

Frank was also a highly decorated military officer.  He served in the U.S. Amy as a Judge Advocate General Corps officer at various legal positions ( military justice, procurement, administrative law officer, and military judge) while on active duty for 5 years from 1970 – 1975, including a tour of duty in Vietnam, and in the Army Reserve for 23 years.  His last Army Reserve position prior to retirement was as a Military Judge.  For his military service, Frank received numerous awards including: the Legion of Merit, the Bronze Star Medal, Meritorious Service Medals (2), and Army Commendation Medals (4).   He retired as a Colonel in the Army Reserve in 1998.

Since his retirement from the Federal government, Mr. Carr has had extensive conflict prevention and dispute resolution experience. He has designed and facilitated over 100 construction and commercial services partnering (conflict prevention) kick-off workshops and partnering follow-up meetings on projects for both Federal and state agencies and private companies.  During the workshops he guided the stakeholders in understanding the partnering relationship, establishing communication skills, recognizing common project objectives, developing an issue resolution ladder, drafting a team Charter with a common Vision and Mutual Goals, preparing action plans for conflict prevention, and designing a strategy/measurement tool for sustaining the partnering relationship.

Furthermore, Frank has served as both Chairman and a member on numerous Dispute Review Boards (DRB) for construction projects and led research studies of both Federal and state agency ADR and partnering programs, including a review of the highly successful Maryland State Highway Administration’s partnering program.  At this time, he is a member on three DRB projects: the East Side Access project in New York City; the WMATA Orange and Blue Line project in Washington D.C.; and the WMATA Commissioning Facility and Test Track project in Washington D.C.